Ghugni is quite a popular street food in Kolkata which finds a resonance with my childhood and growing up in the city. I still have a vivid memory of the street hawkers carrying a large bowl of ghugni on the flame, roamed around the streets in the evening, calling for the buyers with a signature yell. Ghugni used to be a lucrative tiffin snack at the school gates with a piece of bread too. For those who had never heard about it, Ghugni is actually a spicy curry prepared with dried yellow peas which is  known as ‘ghugnir mator’ in Bengali. Pretty riveting in the tongue, Ghugni remains still a favourite and I use the following space to describe its recipe although slightly in a different mould. Here I will add Mutton keema in the Ghugni which makes it even more compelling for the non-vegetarians. Must admit although that is not my innovation at all. In fact ‘keema ghugni’ or ‘mangsher ghugni’ is also immensely popular in Bengal. Happy cooking.

END_OF_DOCUMENT_TOKEN_TO_BE_REPLACED

Translate to your own language 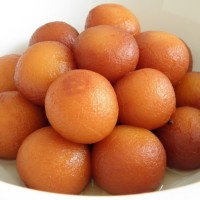 Find me at Bloglovin

Click on any of these words to see related posts

Breakfast. Travel. Discover. ~ how do you like your eggs in the morning | i like mine with a kiss

of spices and pisces

food and the history behind it.

Live sharing what our busy family of four eats daily